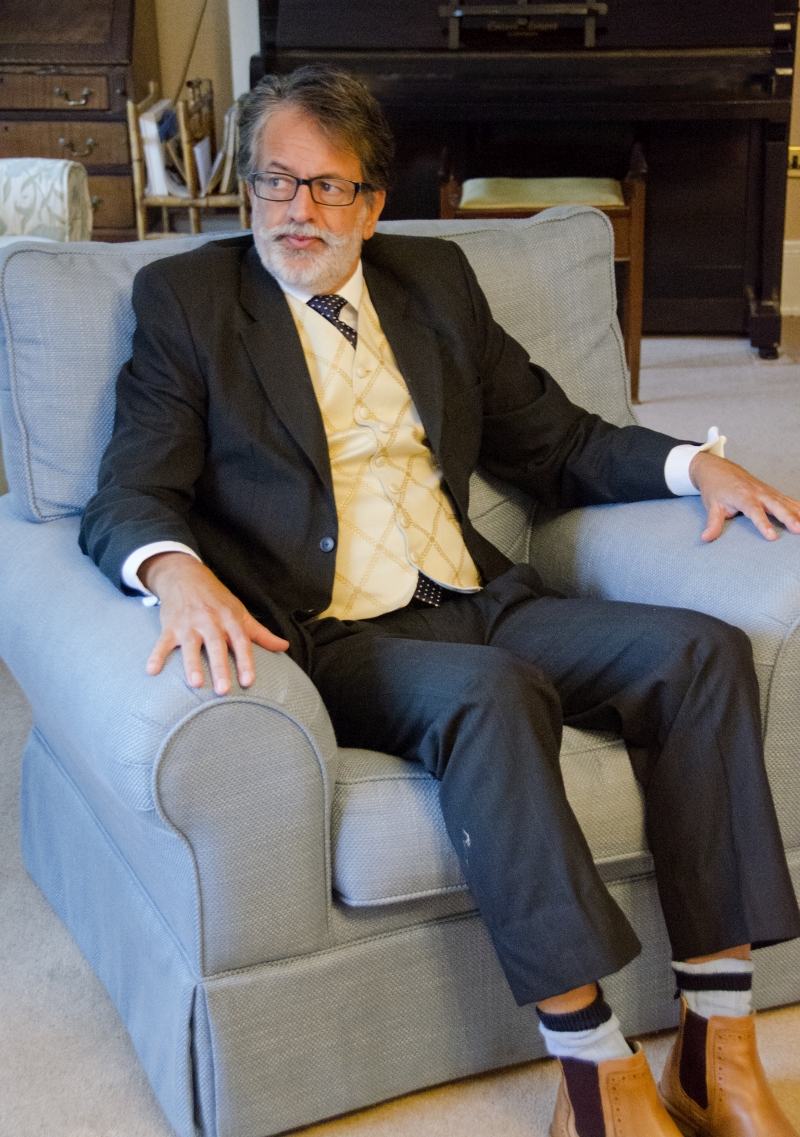 As previously reported, tickets are now on sale for our Autumn comedy, Duets.

Performing on The Mill’s stage from 21st to 23rd October, Peter Quilter’s play about the human heart follows several couples who are trying to navigate life, love, marriage, divorce and romance.

Directing this charming and hilarious comedy is Susan Moore:

“After the 18 months we’ve all had, it was so important to put on a funny show and Duets was an obvious choice that sprang immediately to mind. It is so exciting getting into the theatre again and becoming a little family of actors. They are a bit like little creatures that have been let out of a cage! It’s wonderful seeing the performers transform from little buds and turn into big, funny flowers. It’s been a joy to work on.”

Pictured on the right is local actor Tim Jackson-Waite (last seen at The Mill in The Crucible) in his guise as “The Groom”. When we talked to him about why he was returning to The Mill, he said:

‘We couldn’t get married… imagine the fight over who gets to wear the dress!’
“With a line like that how could I possibly give up the chance to be back?”

Get your tickets now for this very funny play. We look forward to welcoming you back to Sharnbrook Mill Theatre.