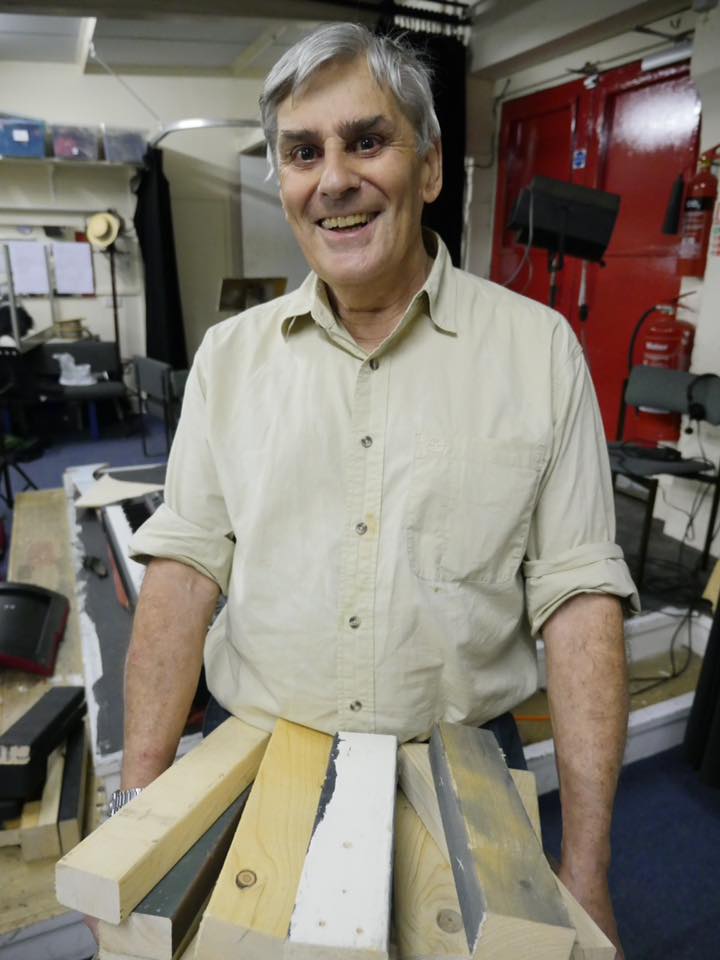 Each year, the Monday morning Facilities Team prepare a list of necessary maintenance work and projects, depending on budget allowance. Needless to say, our list from a year ago didn’t quite go according to plan.

The first job, to paint the toilets for the cast, was started but slowed by the March lockdown. Nevertheless, that was completed by the summer in a socially-distanced manner as the lockdown rules were eased.

At the same time, the wardrobe department had a clear out of some of the costumes and the production committee tackled a long overdue sort-out of the props, and furniture store (which we refer to as the “Boat Store”). They also started clearing the bar, removing pictures, picture rails and sanding down the bar chairs and tables ready for painting.

With the cast toilets completed, the facilities team moved onto renovating the bar area. The first job was to dry-line the window walls and the front of the bar counter. It was then ready for the plasterer.

As we were unable to put on any productions, the Governors agreed it would be a good time to install the air conditioning in the auditorium. The Fundraising Team still had a shortfall to finance this project, but fortunately loans were secured from a few of the Governors and work began at the beginning of August.

Scaffolding was erected in the auditorium, ready for the air conditioning contractors to start the installation. The scaffolding was so big, it took four days to install it and a further day to take it all out. 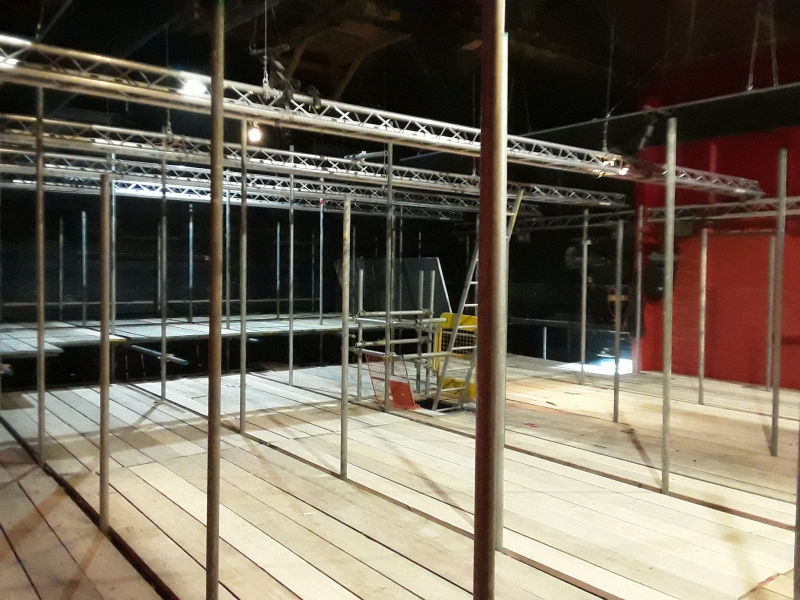 With the scaffolding already erected, the Facilities Team decided to use the opportunity to paint the auditorium, even though it took a day just to lower the level for painting to continue. In the end, we used 50 litres of paint!

At one point in the summer, the cast toilets were waiting for the final finishing touches, the bar was ‘work in progress’ and painting of the theatre was underway. All these projects were interweaved with the contractors’ working schedule on the scaffolding. Needless to say, the Facilities Team not only worked Monday morning, but three or four full days per week, with additional help from other members.

After the air conditioning was installed and the final pieces of scaffolding were removed, the auditorium looked like a photo from a war torn country. The seats had been protected against the contractors’ work but by the end were full of dust and brick chippings. 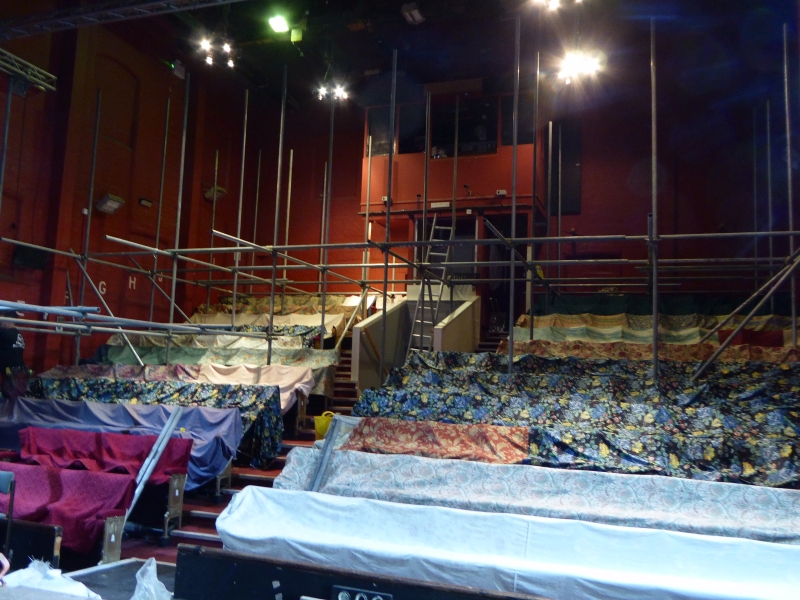 The contractors provided ‘a builders clean’ but it took a professional company eight hours to thoroughly clean the seats and stage. A three-member team cleaned the rest of the building, clearing cobwebs, cleaning windows and mirrors, wiping all surfaces, vacuuming the floors and stage curtains.

It has been a challenging year for everyone but now we have newly-decorated cast toilets, a repainted auditorium, new air conditioning and a refurbished bar. 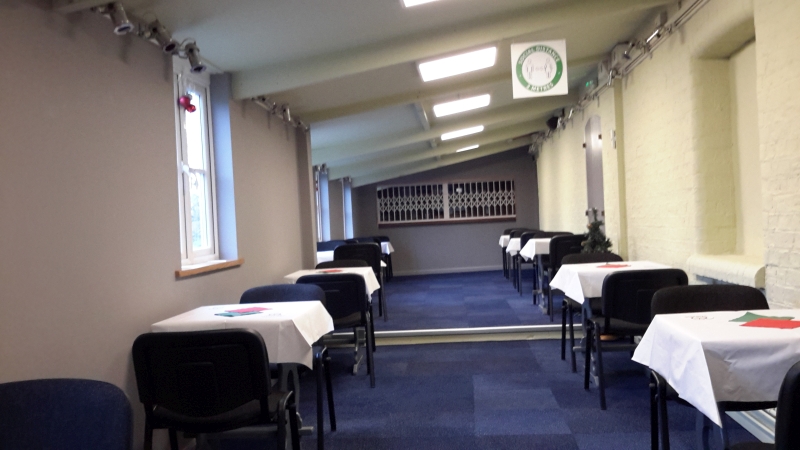 The current tier 4 restrictions, and subsequent third lockdown, are ensuring a well-earned rest for the Facilities Team and the ladies who worked so hard to make the December deadline. The next job, when restrictions are again eased, is to start on completing the flooring on the stairs and redecorating The Mill’s Clubroom.