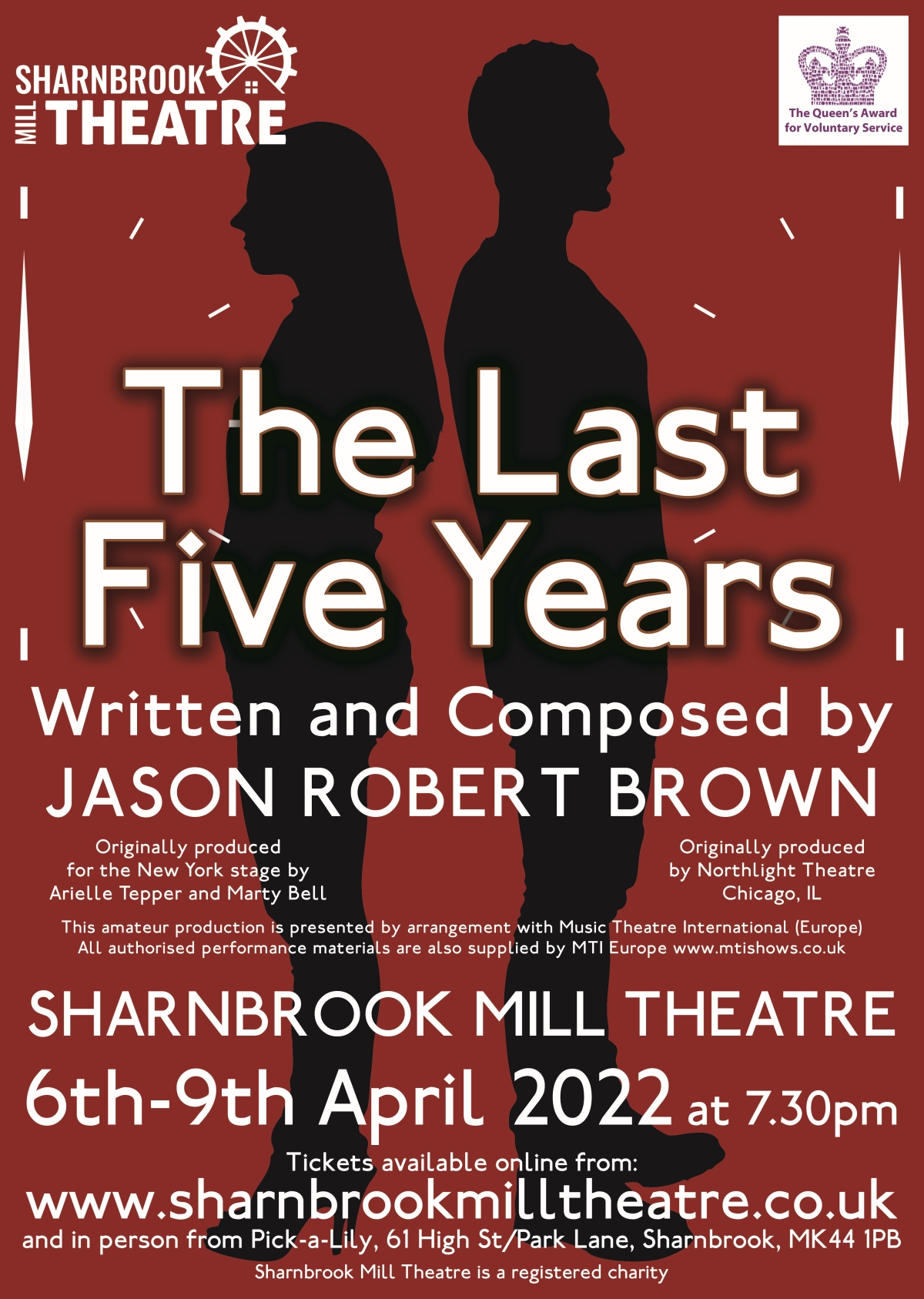 I was driving home from the show and mischievously thinking, well this review will take about two minutes to write. Brilliant – end of!  However, back in the real world it certainly deserves a line or two more. So, first of all, despite its depressing storyline, let me declare – I love this show. The story, based on the playwright, Jason Robert Brown’s, own marriage, explores a five-year relationship between Jamie Wellerstein, a rising novelist, and Cathy Hiatt, a struggling actress. The show uses a form of storytelling in which Cathy’s story is told in reverse chronological order (beginning the show at the end of the marriage), and Jamie’s is told in chronological order (starting just after the couple first met). The characters do not directly interact except for a wedding song in the middle as their timelines intersect.

It’s incredibly hard to do for amateurs as it’s an 85-minute one act two-hander, told almost entirely through 15 narrative songs. Portraying the range of emotions alone, let alone the vocal ability required needs incredibly skilled acting to pull it off.

The set, built by Kevin Beirne, Ian Poole, Gerry Stanford and Ricky Johnson and under the management of Elaina Waterhouse assisted by Rhianne Morin, was a back wall painted as grey brick stage right, with a staircase to the gallery far stage right, the front of which was painted in red brick,  a white door centre stage, a blank wall stage left, upon which were cleverly projected the various environments in which the action was taking place, and an exit round the end of the wall far stage left. Furniture, which depicted the various acting areas consisted of, a red leather armchair, a table (cleverly lit with tree lights for the Christmas scene) with two chairs, a second higher table with two bar stools and a wooden garden bench.  The staircase led to the balcony, stage left of which was used to house the band and stage right for various entrances of the two protagonists. It did the job perfectly.

Ricky Johnson’s lighting design, operated by Kathryn Rose and using spots operated by Condoleezza Hankins and Gail Thorburn faultlessly highlighted each acting area as required. And what a pleasure the sound was. I go to so many venues where the often, over-loud acoustics distort song lyrics. Not so with Mark Luckin in charge. It was crystal, the balance was spot on and we could hear every word. Quite important in a play where it’s the song lyrics that tell the story. A great big thank you from my ageing ears! Nice one Mark!

Full credit must be given to whoever was backstage in the wardrobe department. The speed with which the two actors changed, as they did for each scene was, to say the least impressive, even down to a change of socks for each scene for Wellerstein’s character.

The band situated on the balcony was a very competent outfit under the Musical Direction of Kaye Tompkins and consisted of Kaye on Piano, Carolyn Nash – Violin, James Jarvis – Cello 1, Matthew Sweet – Cello 2 and Alison Randall – Bass.

The two actors, Lauren Bain and Simon Jackson were quite simply extraordinarily good and squeezed every ounce out of the very complex script/libretto. You could almost follow the story just watching their facial expressions as they sung their way through every emotion in the book.  Because of the way the story is told this highlighted their emotional portrayal as she becomes happier and he angrier and more depressed. I don’t think I’ve seen Simon before and Lauren only briefly in Sharnbrook’s production of Cloud, so they were basically new faces to me, and I very much look forward to their work in the future. Fabulous job!

Director Michael Horne and his assistant Davina Beegoo-Price are to be congratulated on such a superb production. They certainly have an eye for detail with little tricks such as the sleight of hand with the wedding rings during the wedding itself; he took hers off and she puts his on. Very neatly done indeed. You have set a high bar indeed for the next production, or as I said at the beginning: Brilliant – end of!

So, thank you Sharnbrook for a great evening’s entertainment and particularly FOH Manager Gary Villiers for the excellent hospitality. Pleased to meet you. 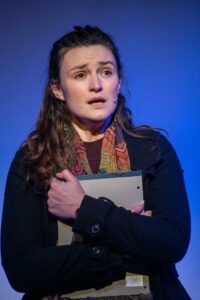 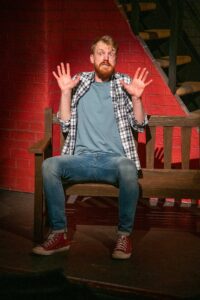 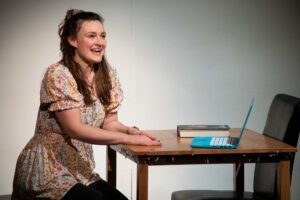 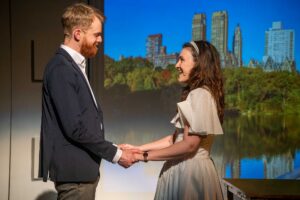 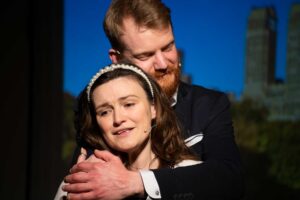 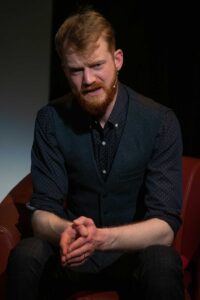 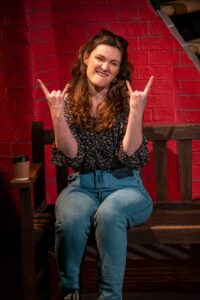 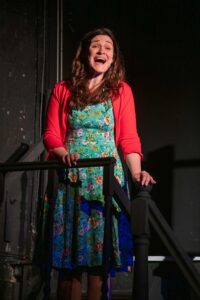 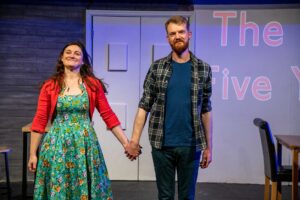