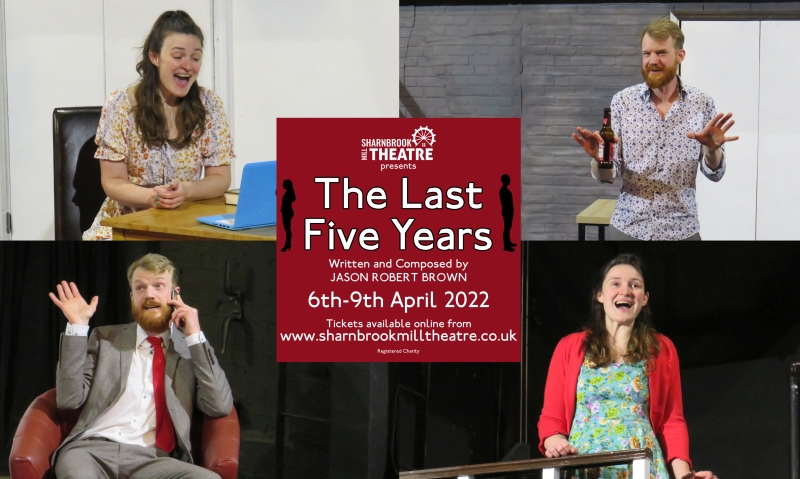 The dress rehearsal of The Last Five Years last night was thoroughly well-received by the small audience that attended to support the cast.

We’ve had some terrific comments, including two full, Facebook-based reviews. Here are just some of the snippets:

“Simon Jackson and Lauren Bain were outstanding as Jamie and Cathy – and I mean outstanding.” – “The band were perfect, the lighting and sound 100% complimentary to the performances.” – “At the end of the show I was convinced I had seen a professional production – in all departments. ” – “don’t miss your chance to witness this production – you won’t regret it”

Get your tickets to this highly-commended show online or from Pick-a-Lily in Sharnbrook. The show runs from tonight until Saturday, 9th April, evenings at 7.30pm. It runs for approximately 90 minutes without an interval.