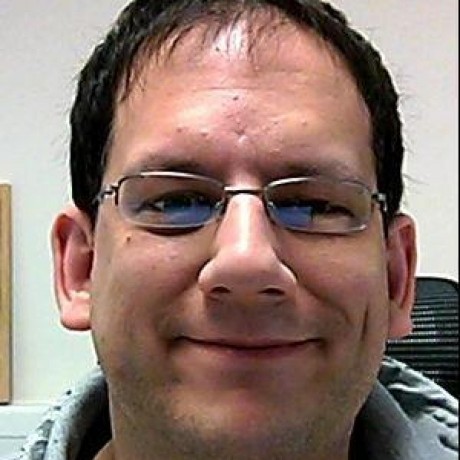 Quite a few years ago now, I attended a rather excellent production of Sweeney Todd: The Demon Barber of Fleet Street at a small theatre in Bedfordshire. I was immediately taken by the wonderful surroundings of the theatre and of the building itself. I loved how you went up some stairs and then down into the auditorium which was adorned with an atmospheric set rising up from below. It felt so atmospheric – the cavernous surroundings and the dark brickwork of the stage area seemed perfect for one of Sondheim’s masterpieces. I was not disappointed in the production and came away wishing that I lived closer so that I could perform there. That theatre was Sharnbrook Mill Theatre.

At the time, I was based in Stevenage and part of a local amdram society which performed at the Gordon Craig Theatre. The GCT, with its 500 seat auditorium was, and still is, enormous – a massive canvas to paint a theatrical production on. I was lucky enough to direct two musical productions on that stage – Godspell and Anything Goes – which were very successful. 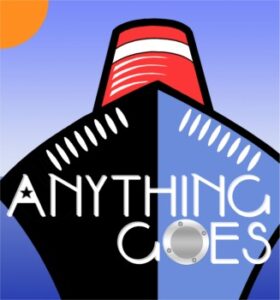 These followed my directorial debut with the society at the small Lytton Theatre, again in Stevenage, which was The Crucible, a play created by American playwright Arthur Miller. That play was a passion project for me – I’d always wanted to direct it and I was so happy with the result.

Flash forward to 2013. I had moved to Potton, Bedfordshire and had found myself working at Cranfield University. This put me close enough to Sharnbrook that performing at The Mill became a real possibility. I decided to go and see another show there, to see if it provoked the same feelings about the place. That show was Gypsy and, despite actually not liking the plot of the show very much, I enjoyed the experience. I looked in the programme and, amazingly, SMTT were auditioning for another Sondheim show – Company – and I thought “Why not?”. It is one of my favourite shows, I knew I loved The Mill as a theatre, so I mentally prepared myself and went to the audition. I managed to get into the show and, despite some early wobbles, where I wondered if I was really up to the challenging score, I eventually got to step onto the Sharnbrook Mill stage in November of that same year. It was nothing short of amazing, to tread the boards of this theatre that I had heard so much about in the meantime, and with such a talented cast and brilliant director, musical director and choreographer behind the production.

After Company, there was Merrily We Roll Along, then Parade and, eventually, in 2017 I took part in the world premiere of a brand new musical: Cloud, written by Kaye Vincent and Kaye Tompkins. These four shows together taught me how wonderful being part of a theatrical family can be. The performers, creatives and backstage team that assemble at Sharnbrook Mill are some of the finest I’ve ever worked with in amdram, and they truly made me feel welcome.

Around the time of rehearsing Cloud, I realised that, quite unbidden, the desire to direct had reared up inside me once more. For me, there is a time to perform, and a different time to direct. I would never want to do both at the same time! I put in a lengthy proposal to direct at the Mill and, to my surprise and delight, it was accepted. I was to direct The Crucible for production in September 2018. I had hesitated over doing the same play again. I always look for things that challenge me and, having directed this piece before, I wondered if I could do it differently this time around. However, I took one look at the Mill’s stage and knew that it would fit the atmosphere of the piece perfectly. Plus, I’d grown as both a performer and a director in the intervening years and I knew that I could bring something new to it: an appreciation of the writing, a closer bond with the performers and a better way of analysing the scenes.

I knew I’d need every second of rehearsal time because The Crucible is such a mammoth piece to perform (it runs three hours at least, if you don’t cut anything). So, as soon as the previous play had finished, I ran a pair of get-together workshops in which I put the potential actors through their paces and then held auditions. The turnout to the auditions was disappointing – I needed about 18 people and in the first round, I cast 6 or 7 people. I was short of all the young girls who were so pivotal to the plot and a number of the men. I was delighted with who I had been able to cast, though, so I was determined to persevere. I say all this not to scare anyone wanting to direct, merely highlighting that sometimes casting a play or musical is not as smooth as it could be!

The casting process took quite a while to complete, and I had to re-cast a couple of roles due to work commitments and health issues. That the performers were patient with the process, and what seemed like three months of casting, is a testament to their professionalism.

Now, a word about production matters. When I first directed The Crucible at The Lytton Players, I did many of the production jobs myself. This was possible because of the way they work and, bizarrely, because of the size of the theatre and stage. During the audition process for The Crucible at the Mill, I realised (slowly, painfully slowly), and was gently persuaded, that I really did need a Production Manager to help me. Well, thank goodness I did, eventually, decide that I needed another person on the team. Kathryn was instrumental to the whole production, and I am indebted to her for her help and knowledge. The Production Manager of a Mill show is a necessary part of the team, and I just hadn’t realised that to start with. We live and we learn!

Fortunately, I’d designed the set and assembled some costume ideas before we started – part of my pre-production work, which also includes plotting every page of the script. I’d met with both the set team and Ginny, our intrepid wardrobe mistress, and was very confident in their ability to pull the rabbit out of the hat on those fronts. With Kathryn on-board taking care of keeping these things going, I felt very buoyed-up and enthused by the whole process.

With the auditions bumbling along, I started rehearsals anyway. In my opinion, there is nothing in this world that beats a two-hour rehearsal with just two actors in a room, and I wanted The Crucible to have those moments, because I think that’s the best way of creating a safe, exploratory environment for the actors. Act II and Act IV of the play are perfect for arranging those magical moments and with Tim and Leisa as the lead characters, the Proctors, they made these the most fulfilling directorial experiences you can imagine.

Everything bubbled along, in the way these things often do, until one night I received a message from the actress playing Tituba. She needed to pull out of the show due to work commitments. It’s fair to say I had more than a few hair-pulling moments over the next month over this. The character of Tituba is a black slave from Barbados, and there’s really nothing you can do to get away from that! We have a rotating membership at Sharnbrook and although I’d managed to cast Tituba “authentically” once, I had no options remaining. We placed adverts, we scoured other groups in the area, we called people that were known to us. Everyone was either busy or not interested. Eventually, a solution presented itself. It was not ideal – the actress we cast is very talented, but wasn’t ethnically correct. It was a dilemma, but, as they say, The Show Must Go On!

And go on it did. We reached September, we ran whole acts of the show, then whole halves, then the long evenings of the full runs. We had a show, we had something special, everyone could feel it. It just needed an audience.

Show week arrived and, once again, our Production Manager was an absolute rock. As a director, there is very little one can do during show week apart from giving moral support, checking a few things with the actors and smiling… a lot! You put your trust in your cast and crew and hope for the best.

Fortunately, Kathryn was on-hand to check props and scenery every night (saving our bacon more than once!). We sat together at the back of the theatre, watching the show every night, feeling the terror of the (unexpected!) pauses when a line went slightly awry, the excitement of the audience during the climaxes of the show and the warm buzz of things going “just right”. The reactions we received from the audience through the whole week were wonderful. We knew the show was long, but due to the genius of Miller’s writing, you could hear a pin drop during the final act, showing that the audience was still “with us”.

The show came to an end. The set came down. The reviews came and went. The Mill moved onto preparing the next production. The inevitable mentally-draining downhill of post-show feelings arose. It was time to reflect. New friends had been made, creative juices had flowed and there was an overwhelming feeling of satisfaction that The Crucible had, I believe, lived up to the proud name of Sharnbrook Mill Theatre. 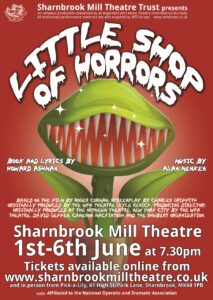 Where will my journey with The Mill take me next? To my surprise, the next stop was a production of Little Shop of Horrors, which has been postponed due to Coronavirus. There is also the promise of directing another play (agreed shortly before lockdown), but that, as they say, is a different story…